To watch a movie on demand, people buy a DVD player for those movies. However, as the time passed by, we have moved on from using DVD player to Blu-ray player, which is able to play any kind of disk especially the Blu-ray disk (a disk for storing HD video format 1080p) and produces the wonderful picture quality. When buying a Blu-ray player, you should keep these two things in mind. First, don’t focus too much on the image quality because there’s barely any different on the image that they produce. After all, it’s the Blu-ray player; it, of course, projects the Blu-ray quality picture. Second, you should rather focus on the convenience, features and streaming availability on the player. So here are the 10 best Blu-ray players & DVD Players that we’ve picked for you.

Starting first in our review is the Samsung Blu-ray disc player BD-H5100. It can play movies and videos in Full HD (1080p), and stream contents from the internet. Adding to that, it has the ability to convert your normal DVDs picture to Blu-ray quality. You can stream the preinstalled apps so you can browse through many contents on the internet. Regarding internet, you can use you internet cable to connect with the Ethernet port, so you can use your internet for those great streaming apps. By using HDMI output, you can listen to top quality audio format such as Dolby TrueHD and DTS-HD. Moreover, this Blu-ray player is rated by Energy Star as a low-consumption device which will consume your electricity lesser than other Blu-ray players.

Get the benefits of streaming from more than 300 apps such as Netflix, YouTube, Hulu Plus, Amazon Instant Video and so on. With Sony BDP-S3500 you can view your mobile contents on your huge HDTV screen. If you’re a gamer, then you might love to hear that it comes with PlayStation Now which allows to stream and play a few PlayStation 3 games from this player. In addition, if you don’t have the high-end HDTV, this Sony model has the Full HD conversion technology which allows you to display your media highest resolution possible. The final thing to talk about is that this is not only a Blu-ray disc player, but if you have your HD video in your USB flash drive, you can also insert it in the USB port at the front of this player. One more thing that is worth mentioning is the Sony’s New Wi-fi technology. This Wi-fi system that comes with the device will improve the internet stability as well as its speed, making your streaming experience fantastic. 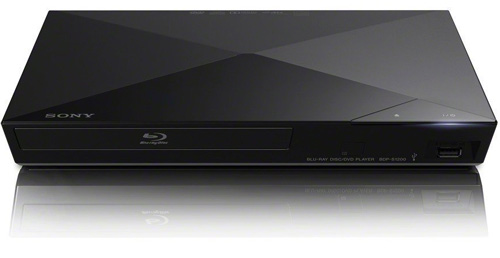 Similar to the above Sony Blu-ray disc player, this model can convert your traditional DVDs video resolution to a beautiful high-definition video. You enjoy more than 200 streaming apps including Netflix, YouTube, and Hulu Plus by simply connecting you Ethernet cable with the player. Beside the streaming services, and Full HD video conversion, this Sony model will never frustrate you as it is able to start or load you video really fast. 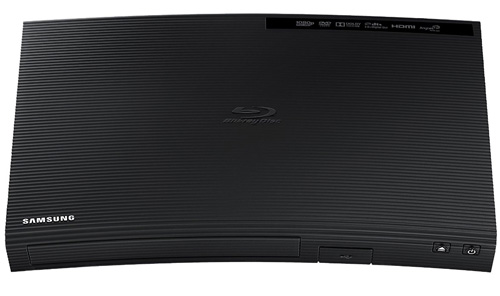 “An easy-to-use Blu-ray Player brought to you by Samsung”, said by a customer. Users can onnect the device to Ethernet cable and unlock the access to many streaming site including Netflix and YouTube. Its other abilities are the quick loading and playing of the video. With a press on the power button, you can put in you Blu-ray disc or USB flash drive to immediately watch your movie in Full HD. And, you will be pleased to hear that it has “no lagging when you load your disc in”, according to another customer who has bought the product.

This Samsung model looks identical to the 10th Samsung Blu-ray disc player on our list. Other specifications are also the same to the mentioned model, including the built-in apps, the Full HD conversion capability, the top quality sound and the low-power consumption. The only difference is the additional 3D functionality which allows you to convert normal video into 3D mode.

Panasonic also gets a place in our review, with its DMP-BD901 Blu-ray disc player. This brilliant device comes with the pre-installed Wi-Fi system, so that cable-connection is not required. Watch your favorites TV or movies online with the streaming services like Netflix or YouTube using the built-in Wi-Fi. Furthermore, this slender Blu-ray disc player will perfectly fit in with your other home entertaining equipment such as HD flat screen TV or home theatre, so you won’t ever have to worry about the mess this player may cause.

Another Blu-ray disc player with Wi-Fi pre-installed is this Samsung player. Samsung BD-F5700 supports plenty of video formats and popular streaming apps including Netflix and YouTube. The All Share Play will work as screen mirroring, which let you play your contents from smart phone, tablet, USB flash drive, computer and so one. You can also enjoy the fast loading and Full HD video conversion like other Samsung Blu-ray player model. From a customer review, the Samsung device surprisingly equipped with the Smart TV functionality (Smart Hub for example) which can transform your conventional TV into a new Samsung Smart TV. The Wi-Fi and its speed also work amazingly as well.

There are many things that this Samsung BD-HM 57CZA Blu-ray Player can provide. Firstly, you can benefit from the streaming apps like Netflix (for streaming movies and TV shows), Accu Weather (to forecast the weather), Twitter or Facebook (for keeping your social life up-to-date), Pandora (to listen to your favorite music). All of this can be done on the device wirelessly thanks to the built-in Wi-Fi. Secondly, the All Share the function that enables the wireless connection between your mobile devices and the Blu-ray player to the TV. No more worry about buying additional cable anymore. Thirdly, you will be able to view any of your media immediately right after turning on the device because of the Quick Start Mode, which make loading and starting the media contents much faster. Lastly, it’s the Full HD conversion. Thus now you can watch video and stream movie, all in high-definition.

Blu-ray disc is also a product among the high quality products manufactured by LG. It can produce the Full HD resolution even if you are playing the video from a DVD. If you don’t own any Blu-ray disc, you can also view your HD video from your USB by simply connecting it to the built-in USB port. Besides buying one for your own, it can be an ideal gift for family or friends. 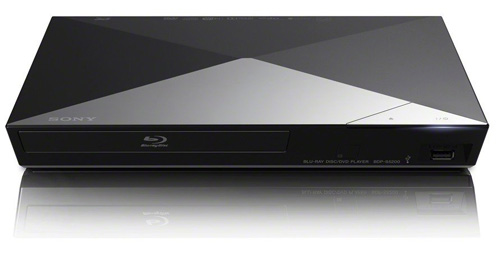 Here comes the best Blu-ray disc player on our review, the Sony BDPS5200. Enjoy your movies and TV show in Full HD, plus the 3D conversion ability to make your movie actions get more and more realistic. You can stream your favorite movies and videos from hundreds of online apps in Sony TRILUMINOS display (latest technology developed by Sony to make your display color appears more gorgeous than other LED TV). It also includes many special features including the mirroring of mobile devices, IP Noise reduction Pro, and fast starting and loading of your media.

Now, what do you have in mind? Samsung, Sony, Panasonic or LG? The bottom line are that you should look for the Blu-ray which have variety of special features you can use, provide user-friendly control and preinstalled apps that you can view your media on.